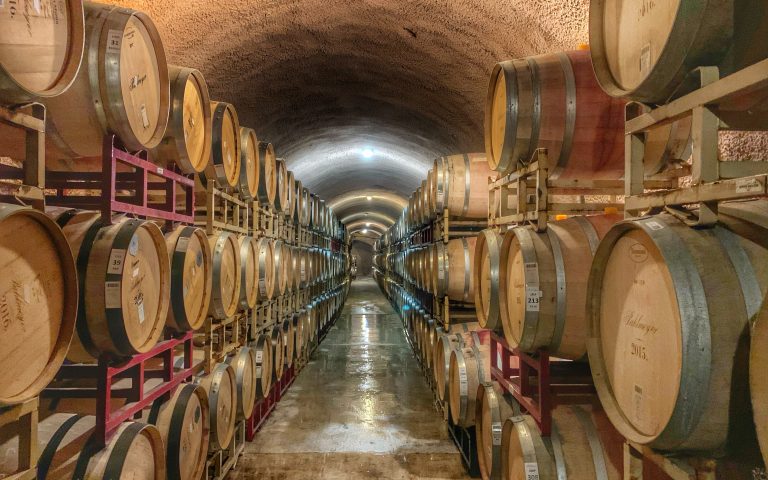 The homes of the famous wineries of the world: Bordeaux, Burgundy, Barolo…. Battersea & Bethnal Green? They may not be up with the greats quite yet, but London has a thriving Urban Wine scene with some genuinely high quality and exciting wines. The grapes themselves aren’t from London, they are imported from famous regions in Spain and France and increasingly from areas around the UK, but the vinifying process is carried it in the capital, under railway arches and other unlikely places.

Why not give them a visit when in the capital – have a chat with the winemakers, and maybe ship home a case and have a unique talking point at your next dinner party?

Hidden down a small alleyway under a railway arch, Renagade is a winery, wineshop and winebar in one. With a mission to lead the charge on new wine styles and winemaking approaches, here the grapes are sourced 50% from the UK and the other half from across the European Old World. Pop down and see if you can secure one of the last remaining bottles of the first vintage ‘Champagne Method’ English sparkling wine made in London – London Sparkling 2016

Are all urban wineries in railway arches? Unlike some of the others here who ship in great fruit from growers across the globe, the grapes for Blackbook’s bottles are all grown within hours of the city. Like the classics of Burgundy, the wines here mainly concentrate on two varieties, Chardonnay and Pinot Noir. However, there is also some experimentation, like the 2018 bottling, “Little Wonder” made from the  lesser known variety Cabernet Noir!

Based in the same building as multi-award-winning wine merchant Roberson Wine, London Cru was London’s first, fully-operational, urban winery, situated on the border of Chelsea and South Kensington. Book a winery tour and taste  their award-winning wines, some of which are listed at top London restaurants. Rather quirkily, the wines here are named after London Streets – their Bacchus bottling is called Baker Street!

Starting in 2010 as one of a wave of Enomatic-endowed wine bars, passionately peddling an interactive wine experience, Vagabond now has seven locations across the city from Canary Wharf to their winery in Battersea. The area next to Battersea Power Station is quickly becoming a trendy foodie destination – why not drop in for a glass amongst the barrels before wandering around the restaurants and pop-ups.