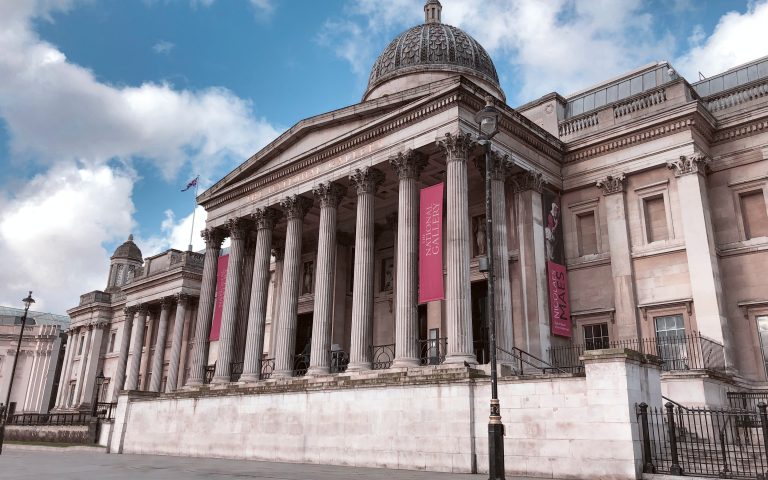 Life in London is slowly returning to business as usual as shops, restaurants and world-class attractions reopen to the public. With many of the city’s cultural hotspots asking visitors to book ahead to manage numbers, this might be the perfect time for Londoners and holidaymakers alike to experience the Capital’s leading museums and galleries without having to deal with crowds. Read on to discover when the city’s most famous museums are reopening and what they’ll have on display.

If you can’t wait any longer for your culture fix, head to Trafalgar Square where the Nation’s Gallery has reopened after almost four months of closure. Home to over 2,600 paintings, the National Gallery is the perfect place to discover the rich history of European art. Spend a day leisurely exploring the Gallery’s main collection, or focus on its two special exhibitions; Nicolaes Maes: Dutch Master of the Golden Age charts Maes’ rise to fame, while Titian: Love, Desire, Death reunites the paintings comprising Titian’s Classical mythology series for the first time in over four hundred years.

Bankside’s Tate Modern is also open now, with one-way routes in use throughout the gallery. If you’re a first-time visitor, you might want to try the All Tate Modern Collections route, which starts in the Natalie Bell building – home to pieces by Matisse, the Guerrilla Girls and other 20th-century and present day artists – and finishes with the Living Cities and Performer and Participant displays in the Blavatnik building.. This route will also take you through the Turbine Hall, currently home to Kara Walker’s Fons Americanus, a 13-metre tall working fountain that has been described as ‘one of the most ambitious Hyundai Commissions to date’. Pop art fans shouldn’t leave without a look at the Tate’s first Andy Warhol exhibition for nearly 20 years, a retrospective featuring some of the artist’s most iconic images (think Marilyn Monroe, Coca-Cola and Campbell’s soup cans) as well as pieces that have never been seen before in the UK.

Take a trip over Westminster Bridge and along the Thames and you’ll arrive at Tate Britain. Home to British art from 1500 to the present day, the gallery has four routes, two of which – British Art 1540-1890 and British Art 1930-now – showcase its main collection. The Steve McQueen Year 3 exhibition has also reopened and will run until January 2021, allowing plenty of time to see one of the most ambitious portraits of children ever undertaken in the UK. If a trip back to late-Victorian England sounds appealing, don’t miss the Aubrey Beardsley exhibition, the largest display of the illustrator’s work for 50 years, spanning seven years and featuring over 200 works.

Electronic music enthusiasts will rejoice at the news that Kensington’s Design Museum is partially reopening from 31 July with a brand-new exhibition, Electronic: From Kraftwerk to The Chemical Brothers. Lose yourself in a club-like experience comprising 400 objects and a legendary soundtrack that charts the ever-changing electronic music landscape. A ticket will also allow you to visit Fountain of hygiene, a temporary installation that showcases the winning responses to Bompas & Parr’s Fountain of Hygiene: Sanitiser Design Competition.

The Natural History Museum, one of South Kensington’s most recognisable landmarks, is reopening to the public on 5 August. Treat yourself to a Welcome Back pack and embark on a self-guided tour of the Museum. If it’s your first visit, try the Exhibits with impact route which takes you through some of the building’s most fascinating stories, from Sophie the Stegosaurus to the giant sequoia, a Museum original and resident specimen since 1893. Museum-regulars might be interested in the Hidden treasures tour. Start in the Hintze Hall and let the tour take you off the beaten track to discover some of the Natural History Museum’s lesser-known treasures.

The world’s leading museum of art, design and performance, the V&A, reopens on 6 August. Roam its ground floor and Europe: 1600-1815 collection, spanning seven galleries and comprising over 1,100 objects, and unwind afterwards in the John Madejski garden. Don’t forget to book a ticket to the Kimono: Kyoto to Catwalk exhibition which reopens on 27 August and promises a deep dive into the history of the kimono, examining the garment’s worldwide significance from the 1660s to the present day.

A day in South Kensington is hardly complete without a trip to the Science Museum, which reopens on 19 August. Not just for children, the Museum houses numerous galleries to educate visitors of all ages. Its newest opening, Medicine: The Wellcome Galleries, features 3,000 objects – including the world’s first MRI scanner and Alexander Fleming’s penicillin mould – alongside specially commissioned artworks from artists including Marc Quinn and Siân Davey. In addition to the galleries, Driverless: Who is in control? is a special exhibition, perfect for automotive enthusiasts and technophiles alike. The innovative display comprises everything from drones to self-driving cars and offers a fascinating glimpse into how autonomous vehicles will impact the world of tomorrow.